Boxes is now part of Windows 10! This sounds amazing, and it is - albeit, to be honest, in an indirect way. Since this year’s “anniversary update”, Windows 10 features an optional Ubuntu Subsystem, which supports boxes natively. This is mostly thanks to @carnil, who maintains the Debian packages; and Debian being the foundation of Ubuntu. So, like I said, it is an indirect way, but still, we can’t help being a little proud of the fact!

The Ubuntu Subsystem is optional and thus needs to be activated manually. Microsoft provides a reasonably simple guide on how to do that. After starting a bash in the Ubuntu Subsystem, you can activate boxes by typing:

Now, all boxes features are present:

Even the manual page is available: 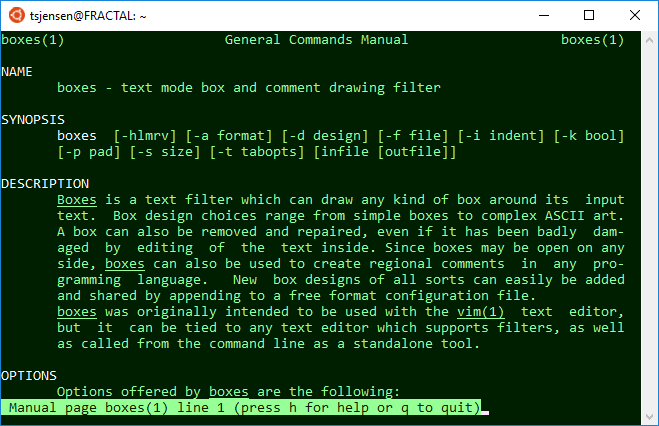